They are preachin’ in rhyme, singin’ in rhythm and prayin’ in time. The Sea Island, Gullah Church, evolved from a slave culture, and something about it all is still working. On Edisto Island, black church members drive from hours away to meet at one of the many packed churches, to sing and praise God and to pass babies around. There are many four hour services that crowd the black churches on this island every Sunday. Old women come in fancy matching hats and dresses; some bring their with their own tambourine. Young girls are called to communion in their own special group, and oh my, if you ‘pass over’ like Fred, my neighbor calls dying, the send off is like nothing you have ever experienced. It is emotional, musical, and personal. And the church is jam packed.

An historic Praise House off Hwy 17

The songs, African American spirituals, told of human life and longing, and were infused with secret metaphors that hid meaning from Masters. It was called the invisible church – for slaves met in secret in the woods, to sing and shout and to bury their dead by torchlight, often in secret. After 1820, the invisible church moved to the Praise House. Today AME, Baptist and other churches dot Edisto Island.

Gullah, which identifies a culture more specifically, but includes, too, a way of speaking, a song language, which one can occasionally still hear amongst islanders. Gullah is a blend of words with its own syntax and rhythm and includes much that serves again as metaphor. The culture is rooted in religious expression pulling creatively from many traditions, mixing the European and African influences together with the strong influence local geography. Because slaves were not allowed to read by law (for fear of uprisings) rhetorical skills were developed and highly prized, and were a mark of the highly educated. The church became a mix of orally transmitted religious beliefs, prayer, music, song, dance, and storytelling, made into one cohesive whole. The slave culture, amazingly, managed to create fresh methods and means to make sense of their place in a new world. 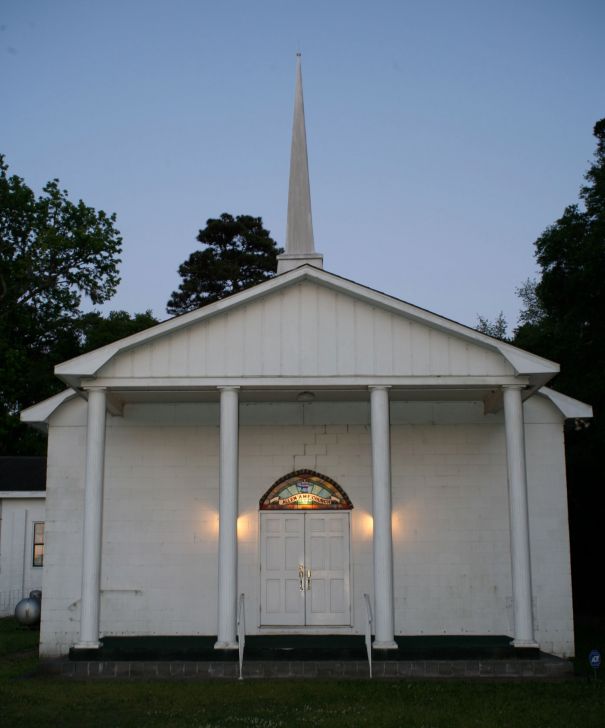 What is this?Why does this version of faith feel so vibrant and alive, and how did this strong culture evolve in one so oppressed? Alicia De Rocke O’Brian, The Development of the Gullah Church, writes, “The combination of regional geographic isolationism, a strange Sea Island conditional independence from the prying eyes of the masters, the zeal of the missionaries, and the almost constant replenishment of Africans into their society created conditions ripe for inventive cultural linguistic and religious interpretation. The rich stories and songs and intricate rituals produced by growing and highly adaptable and creative society exemplified the vitality of this new expression of religion.”

I am pretty awed by the loyalty and the creativity of my fellow islanders. And by such a sense of community. As a member of a Presbyterian church, we don’t do much dancing in praise of God.

I have been reading about the Black Madonna of the Middle Ages, and learning to step into my own power as an older, wiser woman. Then to turn and see that, darn!…if she is not in line in front of me in the Piggly Wiggly after church, standing all strong and proud and rooted to this earth, exuding an energy that feels like something from a Greek myth. The dark goddess herself. All dressed up like Christmas.