The Labyrinth, A Circular Path

“And the seasons go round and round” – Joni Mitchell, songwriter 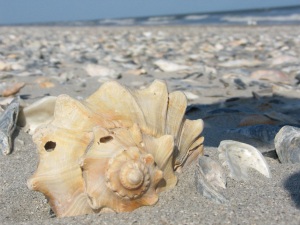 Once upon a time there in a land long ago, a young princess is sent away from her father’s kingdom, away from the world, to a castle of supposed safety. She begins to explore her new home and encounters an old woman spinning thread in a tower. The woman introduces herself as the princess great grand-mother. She tells the princess that she has awaited her for years. In time, the great-grandmother gives the princess a ring to which she attaches an invisible thread. This thread, the great grandmother tells the princess, will guide her through the challenges she meets in life. The child is disappointed in her gift, because she cannot see the thread or the ball it comes from, which remains with the grandmother.

This is a story told at the beginning of a book called Walking a Sacred Path, by Lauren Artress, an Episcopal priest and psychotherapist. It is a book about a great circle game, walking a labyrinth. Today, May 2nd, is World Labyrinth Day. The day this book arrived in my mailbox I opened the first page and could not put it down. It was the beginning of my love affair with this symbol from the natural world, the one that is as familiar to us as the swirl on a conch shell or the crown of hair on a baby’s head. Labyrinths can be found in every religion, and have been known to the human race for over four thousand years.

The thread, and I love the golden part (when I was nine years old and pretending to be Wonder Woman I made myself a belt from a piece of twine, and painted it gold) is the reminder that we already know, within, the path, our path, the whole complete path: the way. Walking the labyrinth opened up for me a feminine element of the Holy Spirit, in my own Christian tradition. It helped to warm God up a little, for me, I suppose. Now, when I walk, I sometimes hear my long ago grandmother’s voices there, supportive, and wise.

The power of a great symbol is that is does not give answers, it asks questions. Walking a labyrinth works, because, as Lauren Artess says, it “utilizes the imagination and the pattern discerning part of our nature. It offers a whole way of seeing. ” One reviewer said of her book (which is written with such clarity) that ‘it is clear that we are at the beginning of a new age where linear, logical, frame by frame thinking is no longer a roadmap we can trust’. Daniel Pink, in his recent New York Times bestselling book, A Whole New Mind, ‘Why Right Brainers Will Rule the Future’, argues the same point.

As as artist, the physicality of walking in this swirling pattern is also what captivates me. It has a beginning and an end, and a center. Your feel like you are lost, but you are not. Like life. It twists and turns, one gets close to the center, then far away. And it soothes the monkey mind, as Ms. Artress amusingly refers to her own. Have you ever had difficulty with making quiet time, meditative time? The one I walk is like the one built in the 12th century at Chartes Cathedral in France. It is based on sacred geometry principles, which is another fascinating element of study based on numbers.

I invite you to find a labyrinth and walk one today. As the Irish say, “May the stars light your way, and may you find the interior road!”

6 comments on “The Labyrinth, A Circular Path”